Throughout the year there are different times and different moon phases that are very "high times" to cast for different types of spells. For the new year the best types of spells to cast are luck spells, money spells, and weight loss spells. The reason for this is because people want to make positive life changes which causes energy levels to be very high. Think of it like the laws of attraction. If you see it and envision it to the point of feeling it, good things are going to happen. The more energy that goes into a spell, the stronger the spell will be. This mixed with having a strong spell cast by a coven that knows what they are doing is a recipe for success.

If you are looking to lose weight, improve your finances, and improve your overall luck and fortune, now is the time. Get the change that you deserve. You do not have to struggle anymore. Find a coven that specializes in using the moon as one of their sources of energy and change your life starting today. Shed the pounds that you do not want on you anymore so you can feel good about yourself, be able to pay your bills and take care of your family, turn your bad luck into good luck. Take back the power and take a leap of faith. Make 2017 the best year yet!

Posted by Witchcraft Moon Spells at 6:03 PM No comments:

Spells are made up of energy. Our moon is one of the strongest sources to draw energy from. The fuller the moon, the more energy. The more energy the stronger the casting is going to be.

Why summer months? People tend to be in a better mood in the summer thus creating more positive energy. Positive energy from a full moon, and positive energy from people in good moods equals good, strong energy. Keep your energy good while the spell is manifesting, and this is the top three ways to get the best results possible when having a spell cast for you.

Different spells have different numbers of nights cast. This is usually where you find a price difference. If you can find a spell for what you are looking for and have it be a five night casting you want this to land on every night of the full moon phase. This is a sure fire way to get fast and strong results. Especially in a full moon phase during the summer months. The more nights that you have cast in a high moon phase such as a summer time full moon phase the better it will be for your case and the better your results are going to be.

What it comes down to is the amount of energy that goes into each spell casting the better. It is also important that you find ways to cleanse your own energy while the spell is manifesting. You can do things like smudge with sage at home, and guided meditations. Some covens will even offer a negative energy cleansing where they do the cleansing of your energy for you. This rids the negative energy around you and replaces it with positive energy.

Posted by Witchcraft Moon Spells at 3:54 PM No comments: 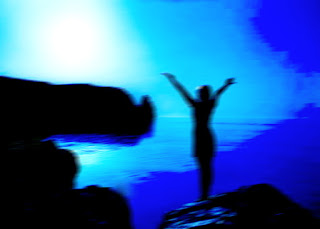 People tend to ask when it is the best time to cast a spell. There are many factors that go into a successful casting. Positive energy, mood, and the right moon phase being a few of the important ones. It would only make sense that the summer time is a great time to cast a strong spell.

People tend to be down in the dumps during the winter. All of the trees are dying off, flowers have come and gone, the weather is dreary. It's cold and dark and people just feel down in the dumps. In the summer everything is alive and flourishing. People are soaking up all of that good vitamin D. Everything is alive, the sun is out and people no longer have cabin fever. People are just in a better mood all around.

How does this effect magic? Magic runs off of positive energy. With a lot of positive energy, and the right elements in place, spells work both stronger and faster especially in stubborn cases or cases that you want to see results as fast as possible.

The absolute strongest time to cast a spell is during the full moon phase in the summer time. The full moon phase is five nights long so there is plenty of time to get this done. Two nights before the night of the full moon, the night of the full moon, and two nights after the full moon. If your situation is dealing with someone very stubborn (Like a stubborn ex that does not realize how right you are for them) or even something a little trickier like hitting the lottery then it is wise to get a spell that is cast over multiple nights. This gives the spell more energy. Try to get your spell cast on multiple nights with in that 5 night full moon phase. The more energy and  elements on your side the stronger your results will be.

So all in all if you want spell casters to successfully cast your spells and see maximum results as well as timely results the best advice is to get in on a full moon phase in the summer time.
Posted by Witchcraft Moon Spells at 8:00 AM 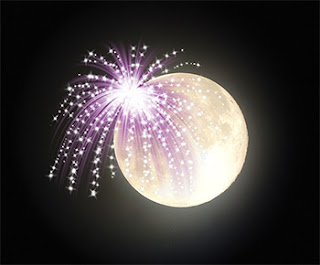 People often ask when is the best night to cast on. The answer is during a full moon phase. A full moon phase consists of two nights prior to the full moon, the night of the full moon and two nights after the full moon. The moon is at its absolute peak of energy during this time. When the energy of the moon is high and you find the right coven to cast your spell, anything can happen, the sky is
the limit. Spells tend to end up being more powerful, but they work a lot faster. This way you get the results that you desire as fast as possible.

Something to keep in mind, to get the most bang for your buck as well as to get the most out of the spell you choose, is that most spells that you order are multi night casting. So, if you order a spell that takes 3 nights to cast, the best day to order it on is 2 days before the full moon.  This way, you have all 3 nights of casting in the strongest moon phase to cast in. (The 2 nights before the full moon, and the night of the actual full moon.) Or you can have the first night of casting the night of the full moon followed by the last 2 nights of the full moon phase. Which ever formula you choose, the best way to have the strongest casting is to get all nights in the full moon phase.  Although you should remember, Full Moon Castings tend to fill up quickly by the more reputable spell casters.

At witchcraft moon spells the entire coven participates the casting of each spell. This also includes all 15 witches and warlocks and one of the best psychics in the industry. He helps direct the way that the casting should go, and helps give insight to the clients so they know what is going on, and what to expect.

In addition, the Forth of July happens to fall on the last night of the full moon phase. This is an exceptionally powerful time of the year because there is so much positive energy in the universe. The Forth of July makes for a VERY strong time to cast a spell. After all, positive energy along with a high energy moon phase is what these spells run off of. This is one of the best moon phases of the entire year that you can have a spell cast.

Casting a spell can be done at any time of the month. There are better phases to cast certain spells than others. For example, attracting a new love or soul mate into your life will have better results if the spell is cast during a New Moon Phase. Consider it the "New Year" of each month where it's a time to attract new positive energy into your life. The New Moon is also a good time to start a business or apply for jobs.

We all love the Full Moon Phase. This is one of the best times of the month to cast a spell. The moon speaks loudly to the world saying "I'm here, so enjoy my energy!" It's true, spells cast during full moon phases are stronger. The moon radiates it's energy and a spell scoops that up and redirects it back into the universe. It's a beautiful thing!

New Moon - Great time to cast spells that entail beginning a new chapter in your life. It is a great moon phase to focus on attracting a new love, better finances and a good time for health improvements.

Waxing Moon - Excellent time for spells that help you move forward in your life that helps build it up in a constructive way. Great for new businesses and working on current relationships.

Full Moon - Spells and rituals for increased strength, protection and wisdom are cast during full moon phases. Adding extra energy into already cast spells is also an option when there is a full moon. Its a great time for just about any spell to be cast.

Waning Moon - Time of the month to banish negative energy, curses, other spells cast against us, conquering addictions and getting rid of illnesses.

Dark Moon - Brings justice to the table. Great time for legal spells or spells that bind. Spells to banish unwanted people are very effective during the dark moon phase.

Best moon phases to cast spells brought to you by www.WitchcraftMoonSpells.com

Posted by Witchcraft Moon Spells at 3:32 PM No comments: